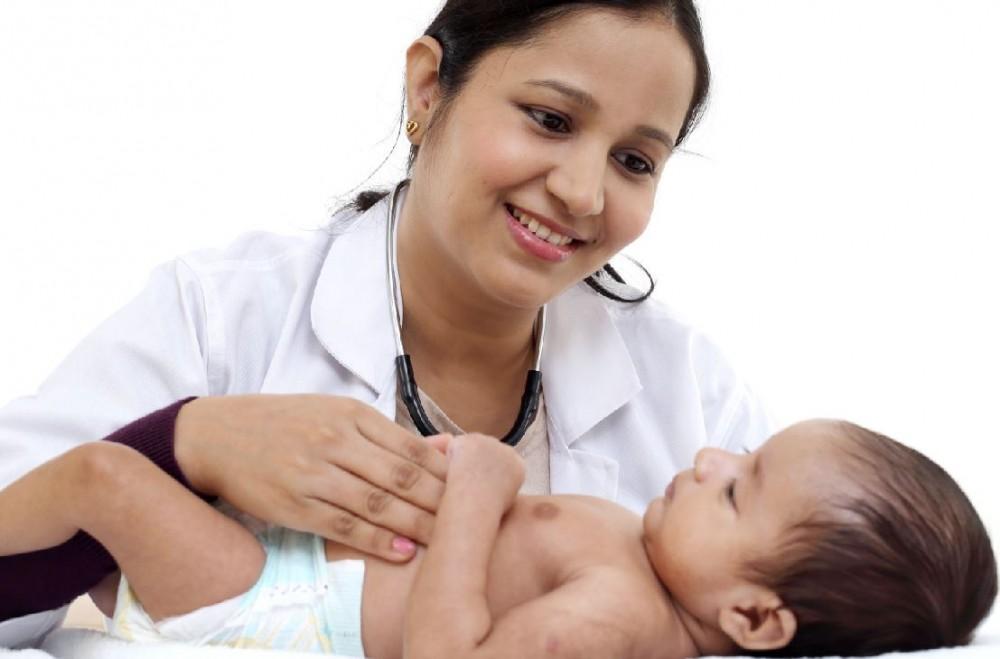 Researchers found that gently stroking a baby seems to reduce activity in the infant brain associated with painful experiences. Their results, appearing December 17 in the journal Current Biology, suggest that lightly brushing an infant at a certain speed — of approximately 3 centimeters per second — could provide effective pain relief before clinically necessary medical procedures.

“Parents intuitively stroke their babies at this optimal velocity,” says senior author Rebeccah Slater, professor of pediatric science at the University of Oxford, who worked alongside collaborators from Liverpool John Moores University. “If we can better understand the neurobiological underpinnings of techniques like infant massage, we can improve the advice we give to parents on how to comfort their babies.”

Slater and her team measured newborns’ pain responses to medically necessary blood tests by observing their behavior and detecting their brain activity using electroencephalography (EEG), a technique that measures tiny bursts of electrical activity from the surface of the brain. For half of the babies, a scientist on Slater’s team stroked their skin gently with a soft brush right before the blood test.

Slater’s previous work showed that EEG activity increases in the infant brain immediately after a blood test. This pattern of pain-related activity can be lowered by interventions, such as the application of a local anesthetic prior to the procedure. In her most recent experiment, she found that the babies who received light stroking touch showed lower pain-related EEG activity. However, the babies still reflexed their limbs away from the stimulus.

“We hypothesized that stroking would reduce pain-related brain activity, so we were pleased to see it. But we didn’t see a reduction in how they reflex their limbs away from the heel lance,” says Slater. “That could mean our intervention is perhaps causing a dissociation between limb movement and brain activity.”

The optimal pain-reducing stroking speed of approximately 3 centimeters per second is the same frequency that activates a class of sensory neurons in the skin called C-tactile afferents, which have been previously been shown to reduce pain in adults. Up until now, it was unclear whether this sensory response occurred in newborns or developed over time.

“There was evidence to suggest that C-tactile afferents can be activated in babies and that slow, gentle touch can evoke changes in brain activity in infants,” says Slater.

Slater says that the pain-reducing power of stroking appears to be clinically useful, and it could explain anecdotal evidence of the soothing power of touch-based interventions such as infant massage and kangaroo care — the practice of holding premature babies against the skin to encourage parent-infant bonding and possibly reduce pain. Slater and her group plan to repeat their experiment in premature babies, whose sensory pathways are still developing.

“Previous work has shown that touch may increase parental bonding, decrease stress for both the parents and the baby, and reduce the length of hospital stay,” says Slater. “Touch seems to have analgesic potential without the risk of side effects.”