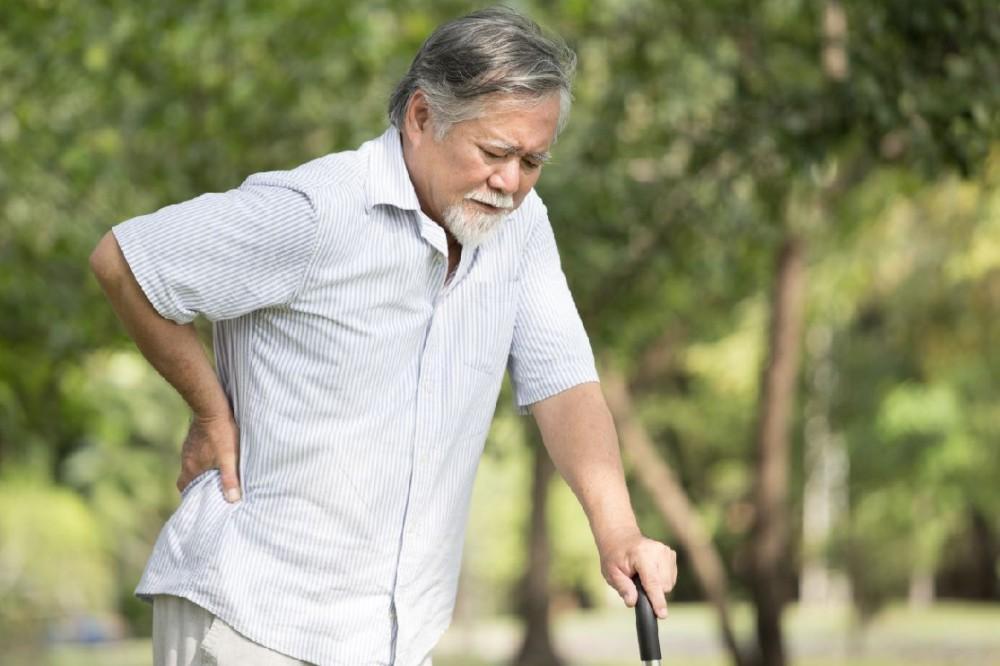 A new study by researchers at The University of Texas at Dallas, UT MD Anderson Cancer Center, UT Health Science Center at Houston and Baylor College of Medicine has produced evidence of the source of chronic pain in humans, revealing several new targets for pain treatment.

The paper — published March 19 in Brain, one of the world’s oldest neurology journals — examined specialized nerve cells clustered near the base of the spine. Researchers took advantage of an exceedingly rare opportunity to study these nerves, called dorsal root ganglia (DRG), removed from cancer patients undergoing surgery at MD Anderson.

The researchers cataloged variations in RNA expression in the dorsal root ganglia cells of patients differing by pain state and sex. Using RNA sequencing, a specialized form of gene sequencing, on those DRG cells yielded a list of promising biochemical pathways for which researchers might be able to devise analgesic drugs.

“This surgery is not done at many places,” said Dr. Ted Price, a senior author of the paper and Eugene McDermott Professor of neuroscience in UT Dallas’ School of Behavioral and Brain Sciences. “Our patient cohort of 21, though it doesn’t sound like many, is huge relative to any prior human chronic pain study using RNA sequencing.”

Chronic pain is labeled as neuropathic when it is caused by damage to nerve cells. Examples include phantom limb syndrome, pain resulting from a stroke and the “pins and needles” sensations associated with diabetes.

“Peripheral nerve cells usually fire because of some external stimulus — you get burned, or your fingers are pinched, et cetera,” said UT Dallas research scientist Pradipta Ray, one of the study’s three lead authors. “Sometimes, the neurons just keep firing with no current stimulus, leaving people in constant pain.”

“If these cells are firing without any stimulus we can detect, we call that spontaneous activity,” Price said. “And we’ve taken a significant step in this study by locating biophysical conduits by which that painful activity travels in the human body.”

Ray’s part of the work, the computational neurogenomics, revolved around identifying high-quality target genes for future research to analyze.

“There are about 50 to 100 genes that look very promising,” he said. “Two-thirds of them are either vaguely known or not known at all in terms of their role in pain. I ranked these genes in terms of their potential as a biomarker or therapeutic target, and listed a top 10 for our team — and the world at large — to pursue further. These are genes that belong to networks involved in immune signaling and response, and they are expressed differently in males and females.”

While there is no way to extract and analyze DRG from most chronic pain patients, the researchers believe there may be proxy cells that share the same markers. Preclinical models already hint that immune cells such as T-cells — much more easily sampled from a patient — might do just that.

“Neurons and immune cells are both known to be highly individual-specific,” Ray said. “They retain a history of what has happened to you — and it’s a long story. If immune cells change in the same way nerve cells change, that history can be made available to doctors, who could then determine the best remedy for individual patients.”

“My lab’s expertise complements Ted Price’s expertise in the pain field,” said Kim, an associate professor of biological sciences in UT Dallas’ School of Natural Sciences and Mathematics. “To my knowledge, this is the first extensive examination of how chronic pain affects gene expression in human DRG from living individuals, so it is quite significant and should have a broad impact.”

One recurring theme from Price’s previous work reappeared in these new results, what he calls a “striking” difference in how chronic pain works between sexes.

“We see broad themes of pain mechanisms that differ among men and women, and chronic pain is no different,” Price said. “The signatures of activated genes in the DRG cells differ more by sex than they do by pain state.”

The results of the study have shown that many previous takeaways from animal studies are correct in a general way but lack precision, Price said.

“When you’re making therapeutics, it’s about the fine details,” he said. “Many drugs based on animal models have actually been effective but had unexpected side effects, so they were not approved. I have a much better idea now why those drugs haven’t passed the test.”

Price said his team is “brimming with ideas about how to design better therapeutics and preclinical experiments.” He hopes this collaboration between Texas-based neurologists and neuroscientists will end up as a landmark in pain research.

“I think that 10 years from now, when I look back at how papers I’ve published have had an impact, this one will stick out,” he said. “I hope by then that we are designing clinical trials better considering sex as a biological variable, and that we understand how chronic pain is driven differently in men and women.”

Story Source — Read this article on Science Daily: University of Texas at Dallas. “Where does chronic pain begin? Scientists close in on its origins: Human nerve cells and genes tied to neuropathy.” ScienceDaily. ScienceDaily, 19 March 2019. www.sciencedaily.com/releases/2019/03/190319112206.htm.