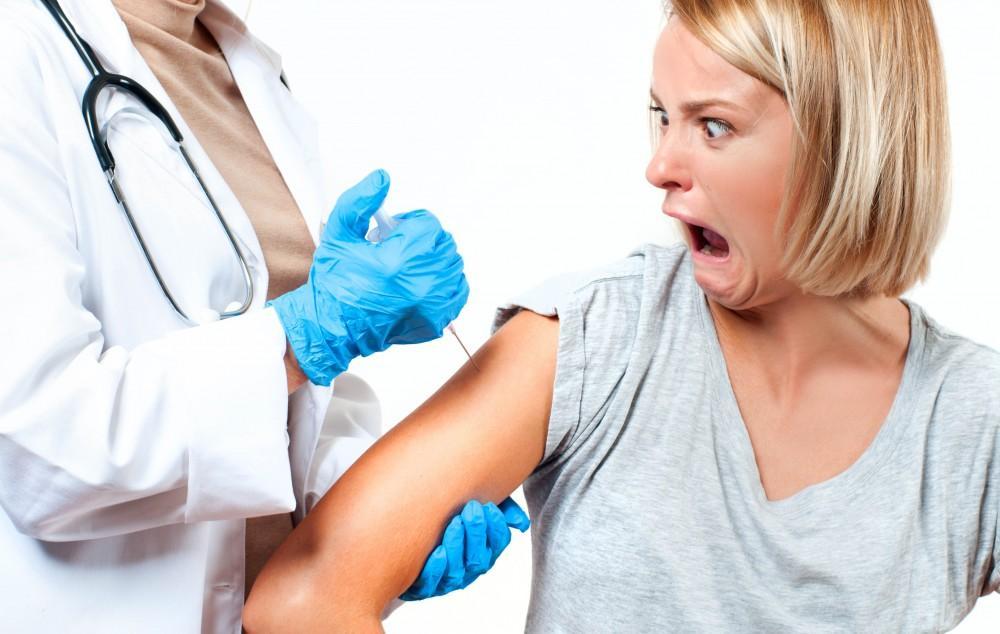 Expect a shot to hurt and it probably will, even if the needle poke isn’t really so painful. Brace for a second shot and you’ll likely flinch again, even though — second time around — you should know better.

That’s the takeaway of a new brain imaging study published in the journal Nature Human Behaviour which found that expectations about pain intensity can become self-fulfilling prophecies. Surprisingly, those false expectations can persist even when reality repeatedly demonstrates otherwise, the study found.

For decades, researchers have been intrigued with the idea of self-fulfilling prophecy, with studies showing expectations can influence everything from how one performs on a test to how one responds to a medication. The new study is the first to directly model the dynamics of the feedback loop between expectations and pain and the neural mechanisms underlying it.

Marieke Jepma, then a postdoctoral researcher in Wager’s lab, launched the research after noticing that even when test subjects were shown time and again that something wouldn’t hurt badly, some still expected it to.

“We wanted to get a better understanding of why pain expectations are so resistant to change,” said Jepma, lead author and now a researcher at the University of Amsterdam.

The researchers recruited 34 subjects and taught them to associate one symbol with low heat and another with high, painful heat.

Then, the subjects were placed in a functional magnetic resonance imaging (fMRI) machine, which measures blood flow in the brain as a proxy for neural activity. For 60 minutes, subjects were shown low or high pain cues (the symbols, the words Low or High, or the letters L and W), then asked to rate how much pain they expected.

Then varying degrees of painful but non-damaging heat were applied to their forearm or leg, with the hottest reaching “about what it feels like to hold a hot cup of coffee” Wager explains.

Then they were asked to rate their pain.

Unbeknownst to the subjects, heat intensity was not actually related to the preceding cue.

“This suggests that expectations had a rather deep effect, influencing how the brain processes pain,” said Jepma.

Surprisingly, their expectations also highly influenced their ability to learn from experience. Many subjects demonstrated high “confirmation bias” — the tendency to learn from things that reinforce our beliefs and discount those that don’t. For instance, if they expected high pain and got it, they might expect even more pain the next time. But if they expected high pain and didn’t get it, nothing changed.

“You would assume that if you expected high pain and got very little you would know better the next time. But interestingly, they failed to learn,” said Wager.

This phenomenon could have tangible impacts on recovery from painful conditions, suggests Jepma.

“Our results suggest that negative expectations about pain or treatment outcomes may in some situations interfere with optimal recovery, both by enhancing perceived pain and by preventing people from noticing that they are getting better,” she said. “Positive expectations, on the other hand, could have the opposite effects.”

The research also may shed light on why, for some, chronic pain can linger long after damaged tissues have healed.

Whether in the context of pain or mental health, the authors suggest that it may do us good to be aware of our inherent eagerness to confirm our expectations.

“Just realizing that things may not be as bad as you think may help you to revise your expectation and, in doing so, alter your experience,” said Jepma.

Story Source: Read this article on Science Daily: University of Colorado at Boulder. “Pain can be a self-fulfilling prophecy: New brain imaging research shows that when we expect something to hurt it does, even if the stimulus isn’t so painful.” ScienceDaily. ScienceDaily, 13 November 2018. www.sciencedaily.com/releases/2018/11/181113171338.htm.