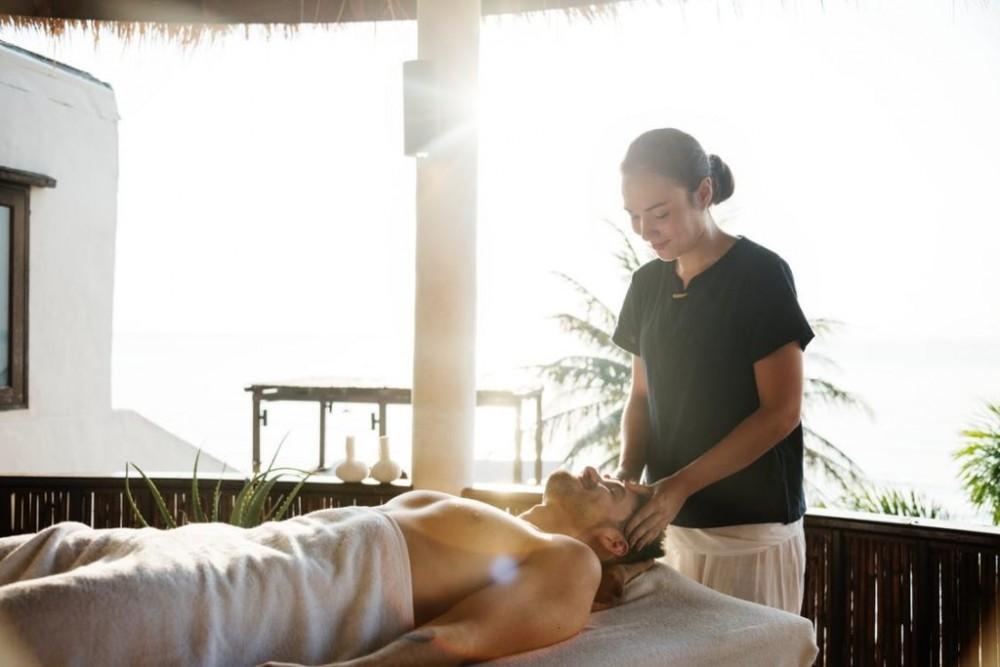 A new study, published Feb. 20, 2019, in the Journal of General Internal Medicine, tracked the impact of a program for low-income, at-risk patients with chronic pain at Tom Waddell Urban Health Clinic, in San Francisco’s Tenderloin neighborhood, a public health facility where UCSF medical students are trained and mentored.

The program offered group support, acupuncture, mindfulness, massage and gentle exercise to help prevent patients on prescription opioids from spiraling down to drug misuse, overdose and death, according to a study led by researchers at UCSF.

“Opioids are often prescribed to patients with moderate-to-severe pain from chronic health conditions, or for pain following injury or surgery,” said first author Maria T. Chao, DrPH, MPA, of the UCSF Osher Center for Integrative Medicine. “Because of the potential dangers of opioid use, we wanted to see if a multimodal, non-pharmacological program could decrease pain levels and stabilize prescription opioid use in vulnerable patients with high rates of pain and barriers to care.”

The study compared 41 participants who had been on prescription drugs such as hydrocodone, oxycodone and methadone for at least three months with 20 other would-be participants who expressed interest in the program. The researchers found a 12 percent drop in pain intensity in the study participants, compared with no change in pain among the comparison group.

The most notable improvement was a 22 percent boost in “pain self-efficacy,” a patient’s ability to manage and function in their daily life despite their pain, said Chao, who also works at Zuckerberg San Francisco General Hospital and Trauma Center. This compares with a decline among the control group.

After completion of the three-month program, patients continued to have access to weekly groups offering the same services. Opioid prescription use remained consistent during the program and dipped slightly three months later.

“We’re not claiming the program is a panacea to the opioid crisis,” said Chao. “We’re trying to broaden treatment options for safe pain management. Doctors, especially in primary care, are under tremendous pressure to taper opioids, but they have a limited toolbox of options to alleviate their patients’ pain.”

“The framework for treatment of chronic pain is a biopsychosocial model,” said senior author Barbara Wismer, MD, MPH, previously of the San Francisco Department of Public Health and the UCSF Department of Family and Community Medicine “This posits there are physical factors that lead to chronic pain, such as tissue injury, but the patient’s psychosocial state, such as thoughts, emotions and behavior contribute greatly.”

Characteristics of the 41 participants included disability (76 percent), unstable, transitional or room-rental accommodation (46 percent) and post-traumatic stress disorder (37 percent). All 41 had an annual income of less than $35,000 and many reported risks of “problematic substance use” that caused health, financial, legal or social problems.

“Treatments such as acupuncture and massage are not always available to those of lesser means,” said Chao. “We found that patients with complex lives and limited income can really benefit from this integrative approach. We are very committed to broadening these types of treatment options for all.”